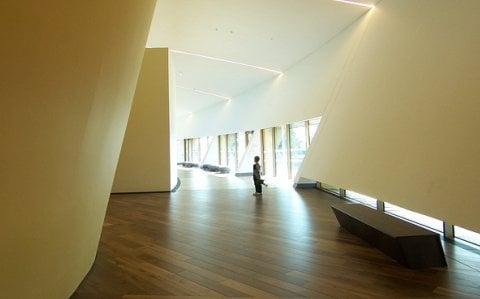 It has been an interesting twelve months for me, to say the least. This time last year I was in the uncertainty of hospital tests, but by April I had a 100% clean bill of health and could make plans. By the end of the summer those plans were set and I’ve spent the last few months of the year as a freelance consultant – the first time in my life I haven’t been an employee.

The last twelve months have been pretty uncertain in the construction industry too, what with the National Planning Policy Framework, the Localism Bill which will become law in the spring, the to-ing and fro-ing over Feed in Tarrifs, and the lowest numbers of new orders in construction since the 1980s. It all looks pretty bleak.

At this time of year the media traditionally looks back on all that has happened and tries to predict the future. As architects we’re often left hoping that the phone will ring half way through January as our clients start to enact their plans to make something happen in 2012. Will the phone ring for you? And what if it doesn’t?

On 20th December Brian Green looked ahead in his brickonomics blog, expecting that the forecasts for construction will again be trimmed back, but pointing out that this climate we should be looking at new opportunities, not dwelling on the lost ones.

“while workload is likely to decrease in 2012, that does not mean that the opportunities for smart thinking and resourceful construction firms need also shrink”.

Since I left Barefoot & Gilles at the end of October I’ve been all over the country speaking at events, live blogging and meeting some of the thousands of people I’ve met online in the last seven years but not had the opportunity to meet in real life. Meeting them has confirmed that we have a growing community online supporting our real life networks, helping them reach further and achieve more. Surely a useful tool in our planning not only survive in 2012, but to flourish.

On 23rd January I’ll be speaking closer to home for once, at the Foundation Works first event for construction people in Colchester.

The Foundation Works, which already has a well established home in Norwich, is run by Daniel Connall Partnership, who have invited me to share my thoughts about how new online tools have helped me and my colleagues survive the recession thus far, and how things might develop in the future.

The event is free and refreshments will be provided afterwards. If you’d like to come and meet fellow consultants, hear a few stories and take in the new FirstSite gallery’s auditorium (aka the Golden Banana) please sign up online here. I look forward to meeting you in the flesh.

Work with Su | Talks and Publications | Get in Touch

Need a "no-nonsense construction lawyer" to help your T&C make sense? I was delighted to help @SuButcher who said this about my book on writing your own simple and effective consultant appointments #LoveYourContract