It’s that time of year again – nominations have opened for the Rising Star Award 2016. In this post I’m going to tell you a little bit about the awards and explain why you should nominate someone for the award.

The Rising Star Award is unique among sustainability awards in the UK because it is awarded to an individual, and anyone can nominate that person, someone they think has enabled change in sustainability or environmental performance in the built environment.

The Rising Star Award was established to commemorate Mel Starrs, an expert in building physics and green building rating systems, who died in 2012 aged just 38. The award was set up in her memory by her employers PRP Architects, and the UK Green Building Council. It recognises people like Mel who in their own small way are making a difference in our industry to get us off our backsides questioning policy or making the built environment genuinely more sustainable. 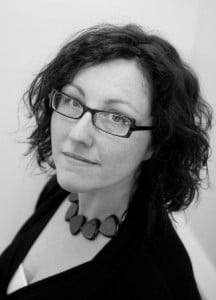 Mel was a sustainability professional, at a time when fewer people worked in that profession; but her uniqueness was exemplified in her blog, Elemental, which she set up off her own bat to record her thoughts and set out her arguments for a better system of sustainability standards in buildings. She became a ‘go to person’ in the field of building sustainability standards. Her blog was a place that people could come to for honest critique and a fresh viewpoint whenever a new piece of legislation was published.

The Rising Star Award acts to remember Mel’s contribution to the debate about sustainability in the built environment, by recognising the people who have come after her to pick up the baton and take things forward.

Who can I nominate?

Anyone can nominate someone for a Rising Star Award – that means you. All you have to do is fill out a short form on the UK Green Building Council website, giving your contact details, the nominee’s contact details and up to 250 words on why you think they should be considered for the award. There is a pdf guide and FAQ on the website too.

It is possible that the person you nominate is a sustainability professional, but they definitely don’t need to be. They might work for a contractor, a building owner or operator, an architect, engineer or QS, or any other part of the industry or none. Their job might be nothing to do with sustainability, yet they will be helping make our industry or the built environment generally more sustainable, either at work, outside of work, or both. Who do you know who is making a difference?

Mel’s success happened outside of her job, and its important to think of people not just for what they do at work, things they are paid to do, but what they do over and above that, in their spare time.

The award is all about bringing people who are making a difference into the light – drawing attention to people who should be recognised for what they are doing but aren’t yet. This is your opportunity to nominate someone you think should get the recognition they deserve.

Tips on what to write in your nomination

There are three main criteria, so make sure you help us be explaining how the person meets any or all of them:

Don’t be afraid to use specific examples or tell stories, they help us to understand. You can even send us links to things online if you want.

It is useful if you explain what your relationship to the nominee is, as it helps us to understand why you personally are nominating them.

Use your own words; don’t be tempted to follow a prescribed script. I’ve seen one person nominated by seven people in their own company, several using the exact words – it doesn’t look very good! Best to use your own way of describing the person. The quality of your nomination is much more important than anything else, so speak from the heart.

Don’t be shy – nominate people you think really deserve recognition. After all there are no ‘years experience’ required, no need for them to have particular qualifications, the only criteria are that you think the person has achieved something and should be recognised for it.

If you have any doubts about nominating someone, for example if you think they don’t have a chance of winning, don’t be discouraged. Being nominated in itself is a vote of confidence from you which will make them feel great. If they get shortlisted that is also a great public recognition of their achievements, so winning isn’t the whole story. Go ahead and nominate, it’s not hard to do.

What if I want to be nominated?

If you think that you might qualify for a nomination for the Rising Star Award yourself, don’t be shy, just follow these simply guidelines.

Get nominated by good people. If the only people who nominate you work for your company it isn’t as good as being nominated by someone outside your organisation.  A more interesting and more effective nomination will come from someone who knows you outside of work, or is known in the industry. Think about the ideal people to nominate you, and ask them!

Encourage your nominator to be him or herself. Don’t give the people who want to nominate you a script. Ask the people who nominate you to say how they know you, what they think of you in their own words. Make sure they answer the criteria. Send them the information documents and even a link to this blog post to help them.

Nominate early, nominate often! The more nominations you get, the better, as long as they are good quality. So if you know someone has nominated you, think about who else would help your case, and ask him or her to nominate you as well.

We look forward to receiving your nominations

I’ve been a judge on the Rising Star Awards since they were set up in 2012. Mel was my friend, which is a great reason to be involved. But the reason I keep taking part in the judging every year is that it is fascinating to learn about a group of amazing people, and help them get the recognition they deserve.

The closing date is [] Correction:Monday 11th January, so get cracking! We had over 60 nominations last year and I’m hoping for even more this year, and a much greater variety. So think about who you know who is quietly making a difference to sustainability in the built environment, and go ahead and fill out the form.