Last week I had the pleasure of being invited to speak to members of the Oxford Architecture Society at Oxford Brookes School of Architecture about how to use Social Media to get a Job in Architecture.

I eschewed the usual strategies of ‘ how to develop relationships with recruiters and agencies, how to get targeted by headhunters or even ‘how to use Linkedin’s paid for ‘Job Seeker’ premium account’. [NB: I don’t recommend any of these strategies.] Instead I spoke about:

You can see the slides below. 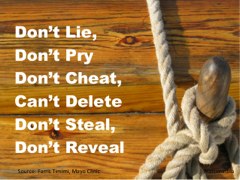 Don’t Ever let Anyone Tell You… 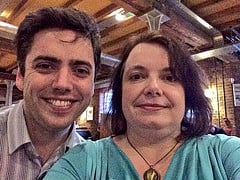 I ended my talk by introducing the audience to Luke.

This is Luke O’Rafferty (aka @luke).

Luke and I hadn’t met until this month when he came along to the be2camp drinks at the Fox after Ecobuild. Back in 2008 he was a Civil Engineering student, and had come to the first ever be2camp in October 2008. I attended that and several others online via twitter and the be2camp website, as I was unable to attend in person given the nature of my job. By the time I was able to attend such events, Luke was already working on the Thames Gateway Project as a Civil Engineer, and it would be three more years before we were to meet in person.

By the January of 2009, I had found a list of maybe 20-30 architects and other construction professionals using twitter all over the world, and asked my friends on twitter what I should do with the list. Luke was the one to reply:

@SuButcher You need to get yourself a blog! I recommend tumblr.com if you want something simple or wordpress.com for something bit more pro.

So it was @Luke who told me I should have a blog back in 2009. For that I can owe a significant part of my future trajectory.

Don’t let anyone ever tell you that you have nothing useful to contribute.

Many thanks to Luke and also to Theo Jones (another twitter originated contact) for asking me to speak to his fellow students.

Made the mistake of watching the news.
It’s all falling to bits, isn’t it?

Eddie Dempsey speaking just now in London; “if we woke up tomorrow and the billionaires were gone, there’d be no change to the running order of our daily lives. If the same happened to the workers, the country would grind to a halt. And they know it.”

Victory to the @RMTunion.