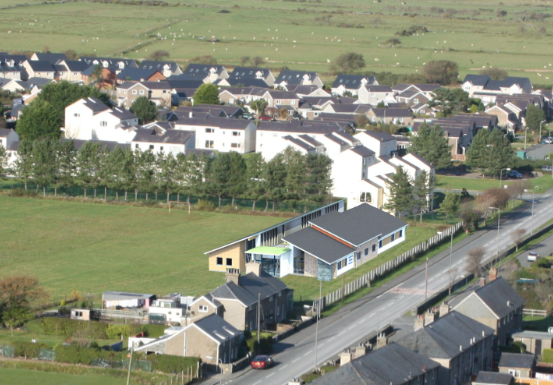 Today’s Guest Post is by Adrian Williamson, Director of WM Design & Architecture Ltd, a small sustainable architectural practice based in Menai Bridge Anglesey. We’d been talking at GreenBuildExpo about the challenges of writing specifications – here’s his take on a typical scenario.

If you’re an SME sized practice then the NBS is something you might use on a relatively infrequent basis. In our practice we subscribe, as every so often we need to produce a MW, IFC or Standard type specification, depending on the scheme size and complexity.

Half of our work is Healthcare based and so we feel it is essential to produce a detailed spec to match the needs of the scheme; in this case a £1.5m circa health centre. Ok fire up NBS Building and off we go.

The first stage is a case of trolling though main works clauses and deleting out anything that on first glance is not relevant in our case; for example, C Demolition: it is a green field site so none required. Ok so after an hour or so you should have that knocked into shape.

The next stage or nitty gritty is actually getting the details of the spec together. Now there are two schools of thought and I’m sure NBS have their own take on this. Do you write or edit individual sections clauses as you are producing the working drawings or complete the spec once you’ve have a full set of complete drawings and then cross reference them against the NBS? I’ll let you decide on what’s the preferred route; we opted for the latter.

Next stage then is to fire off various clauses to other members of the design team (M&E producing their own) so just structural engineer and landscape architect. In simple terms this means just the concrete and steel clauses (sorry engineers). Once they’ve been combined it’s then a case of getting down to the individual clauses and areas.

NBS have a vast array of manufacturers and companies on their system; so if you’re lucky you can drag in these and with just a minor bit of editing you’re sorted e.g. Laidlaw Orbis Doorsets.

If only life were that simple! When you have clauses where manufacturers data is not there, NBS have op outs such as ‘Contractors Choice’ or ‘Submit Proposals’, but if you do not want to leave it open then you need to put in the specifics.

Some manufacturers do have sample NBS clauses but alas they are often written by non architectural or building professionals so they at best are a bit wishy washy. For example Lindab Rainline. After digging on the web site you find a PDF file. There’s a bit of cutting and pasting, looking at their catalogue of parts online, all a bit messy and disjointed, they could make it easy by talking to NBS and adding their data in more detail.

The next area that causes the greatest teeth bashing and hair pulling (if I had any) is trying to find a relevant clause for a relevant product. For example, Air Tightness Tape. I have a supplier (Intello) but where does it go? Lots of searching in NBS and then on the manufacturers site brings up nothing! I think a call or tweet to @theNBS is required.

Before you know it two working days have elapsed…Its a real task to ensure you get the document tied in with the drawings and schedules, not for the light hearted. Don’t be tempted to reuse older specifications either as the NBS updates sections with changing legislation and standards.

How could we make the process simpler?