An article in the Architects Journal this week flagged up a growing concern amongst architects about grass roots campaigns using social media to successfully turn around development plans – most recently at Norton Folgate, a project to redevelop a site which lies in an historically significant area of London between the City and Shoreditch.

What interests me is the way that architects reported in this article appear to view the experience, and what architects and developers can do about this phenomenon which appears to have only recently come to the attention of some of them. Here are my thoughts about it, and some advice on how you can help your clients deal with the situation, as well as help yourselves.

Of course grass roots activism isn’t actually new at all. You only have to look back into the annals of British history to learn about the effects of large groups of people taking action to turn around laws and policy. These include insurrections going back to the middle ages, and more recently the Poll Tax Riots and then recent housing campaigns leading up to the general election, in most prominently the New Era Estate in Hoxton.

What is new about these campaigns is the phenomenon of Twitter, YouTube and other social media platforms, which by their nature help spread a message much more widely than ‘telephone trees’ and even email campaigns, can. [Telephone Trees were a method by which short telephone messages were used by a group to swiftly spread news between campaigning groups – widely used in the anti-Cruise Missile campaigns of the early 1980s.]

Twitter is just one of the platforms that activists are using to organise and get their voice heard. One reason why it is so popular is that it is very easy to find things via search. Anyone can find anyone and to talk to them online, connecting prominent celebrities like Russell Brand with small campaigning organisations that might not have the opportunity to put their case to people in the public eye.

These features make Twitter very useful for all sorts of positive grass roots activism and campaigning – the Obama election campaign, or charity campaigns like Movember. A new term – “Hashtag Activism” has been coined to describe this trend.

Paul Monaghan of AHMM is quoted in the Architects Journal saying that he hopes that this is not a new trend, and that it sets a new precedent for schemes in London generally recommended for approval and supported by the conservation bodies.

‘At one point we had half of the Madness fan club complaining about the scheme [the band released an album about the area in 2009] and I thought this isn’t right. It’s gone mad.’ 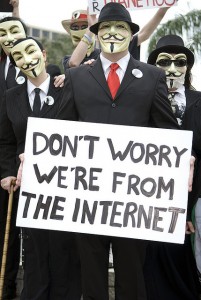 Whilst it has positive benefits for society, social media also has the potential to produce other, less positive outcomes. It is extremely easy to use Twitter, for example, to direct people to links anywhere online, including your website, your twitter accounts and your employees.

Some incidents of note relating to individuals are set out in Jon Ronson’s recent book ‘So You’ve been Publically Shamed’, which looks at how platforms like twitter have led to the re-emergence of public shaming as a phenomenon. Whilst the topics Ronson covers are different, the principle is the same with criticism of development projects. Someone says something online that is found and pointed out by someone who takes exception to it. Then social media enables a large number of people to gather to draw attention to the organisation or individual, with several negative consequences.

Organisations involved in projects which are not fully supported by stakeholder groups, however small and localised they may appear, can become the target of public criticism in a way that wasn’t possible before. Whether you agree with the complaint or not, it cannot be ignored.

It is interesting that there are several mentions in the article about ‘mistruths’ being spread by campaigns – and this may well be true, but a falsehood well spread can be just as damaging as a truth.

It is traditional for architects to say nothing or very little about developments, but it appears that not only is this no longer possible; it is also no longer effective. It isn’t enough to not have a twitter account either; the conversations will happen without you. If architects put themselves in the public eye for PR purposes they must be prepared to receive criticism as well as adulation, and they need to think about how to handle it.

But how do we do this? And how can we give our clients the best possible chance of success?

What you should Not Do

Don’t be tempted to start saying things before you have had time to assess the situation. Twitter feels like a very immediate medium but in actual fact it is rather stretchy.

Conversely, it is essential not to sit there quietly and hope a campaign goes away. It is clear from recent examples that this isn’t realistic. Part of your strategy for dealing with sensitive planning situations should include things you can say, and a clear understanding of who is saying what.

It is no longer enough to set up a ‘consultation website’ conveniently separate from your own, and expect no-one to google and find out where you are online. The process of engaging with the public is more complex than this and the conversation will happen where people want to have it, not necessarily where you want them to have it.

What you should Do 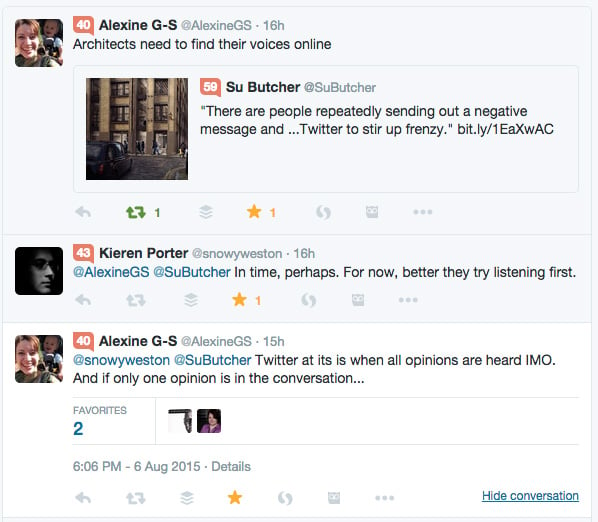 Some companies in construction look upon social media as a new broadcast medium that might have potential for marketing and PR purposes. However it isn’t a broadcast medium, it is a collection of millions of people talking to each other on the Internet. If you simply use it to broadcast, not only are you missing out on its true potential, you’re also misunderstanding how it works. If avoiding social media isn’t an option anymore due to the kind of work you are doing, then you need to understand it so you can deal with it.

Before you do anything else, set up a listening dashboard to get a picture of the landscape. There is a range of tools, both free and paid for, which can be used for this purpose. Once you know what is going on you’ll be much more able to make decisions about how to act.

3. Work with your clients

Your development project should have a communications strategy. The professionals who put this together should have genuine experience of social media and how it works, and not just be used to one-way broadcasting. If they are PR professionals but don’t have this experience, bring in a social media specialist to help them be realistic about how communications will be received. Central to the strategy must be a realistic evaluation of the likely kinds of public response and arrangements for effectively handling them.

3. Have a triage system in place

If someone speaks to you direct online about a project, a triage system will help you and your staff evaluate the situation and decide how to respond and whether to escalate the matter, to senior staff, whether to inform the client and so on. Triage systems calm the panic by giving people a simple step-by-step procedure to follow.

4. Teach your staff how to behave safely and sensibly online.

If any of them are named anywhere on the Internet as working for you, it is good practice to help them look after their online presence, but if you come to the attention of a campaign they should also be prepared. General advice about how the Internet makes you visible and what to do about it can be imparted at a lunchtime CPD session. If your work is likely to be particularly sensitive you might want to follow this up with more detailed advice, and keep your staff informed about the process. Remember, your people are your greatest asset, and as part of the organisation they need supporting.

Be Positive and Learn from Others

I’m hoping that the growing interest in the challenge of social media activism to the development process might produce several positive results. I’m hoping that consultation might become a more effective process, and that design will benefit as a result. Earlier this year I made a series of short videos about Social Media and BIM with The B1M. One of these looked at democratising the design process using several examples. You can view it here:

What’s your experience of public reaction to construction projects on social media, and how do you think it should be managed? I’d be interested to hear your views.