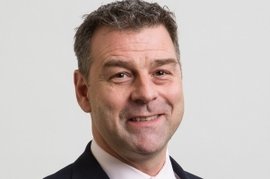 Really detailed opinion piece by Phil Bishop of the Construction Index about the reception of the news about the Carillion collapse. Not sure I agree with everything he says but some very interesting points. Shame that comments aren’t turned on.

In the seven days since Carillion announced it was filing for liquidation Phil Bishop has posted approximately 8,000 words on the subject in the form of various news reports for The Construction Index. Here is his first comment on the story.

The bile that has been directed at Richard Howson, former chief executive of Carillion, in the past week has been abhorrent. There are important lessons to be learned but hurling spew is both nasty and pointless.

In the 30 years that I have been writing about the construction industry there has been no bigger business story in the UK than the collapse of its second biggest contractor. Carillion, with a turnover of £5.2 billion, ran out of cash and filed for liquidation on Monday 15th January 2018. Its finances were so bad there was no prospect of trading its way out of administration. In the short term, it will certainly have major ramifications for thousands of people and, most likely, thousands of businesses.

The story deserves all the media attention it is getting, and then some.

However, the first few days of the collapse have generated more heat than light, and the heat has been used to fire up torches as the villagers set out to march on the castle of the evil fat cats who have been found torturing small children.

The Covid profits table of shame, thanks to Private Eye…. And if you’re looking for windfall taxes.

Some screenshots of the very opening paragraphs of my book, #DigitalAuthoritarianism in the Middle East. Along with a link to a larger excerpt from the Introduction, published in @MiddleEastEye
https://www.middleeasteye.net/opinion/middle-east-digital-authoritarianism-permeated-how