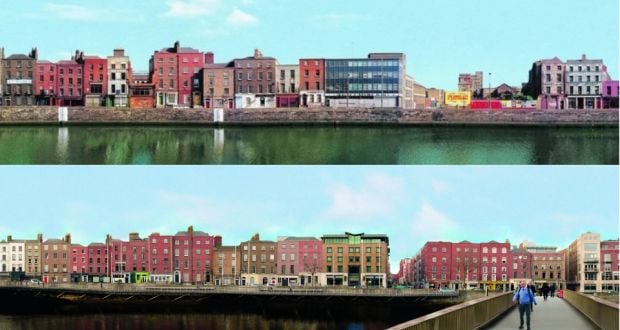 Here’s an interesting article about the Dublin Waterfront from the Irish Times.  There’s more about David Jazay’s #DublinbeforetheTiger project here.

From 1982 to 1992, David Jazay photographed Dublin’s quays. Here is how they looked, then and today

As a visitor to Dublin in those years, Jazay was acutely aware that the city was changing fast, and he set out to document premises under immediate threat of demolition.

He felt – rightly as it turned out – that this “poor but lively inner city” would lose much of its local business culture within a few years.

Read the full post here Dublin’s north quays: Then and now in photographs

Made the mistake of watching the news.
It’s all falling to bits, isn’t it?

Eddie Dempsey speaking just now in London; “if we woke up tomorrow and the billionaires were gone, there’d be no change to the running order of our daily lives. If the same happened to the workers, the country would grind to a halt. And they know it.”

Victory to the @RMTunion.