The Industrial Strategy for Construction was heralded by a raft of ministers and high profile individuals, calling on the industry to modernise, innovate and drive out waste.

So, my first question might be, what has changed since?

Some of the Government’s targets were met – at least, for the government portfolio; though Rob Garvey argued in his review of the government’s own Trial Projects that this was to some extent achieved through competition between contractors and not though any cultural change.

One thing that we have had since 2013 is a unique set of disasters. These include fires, from the awful Grenfell tragedy of 2016 to the De Pass Gardens fire in Barking and the Cube fire in Bolton.

And there have been other non-fire related disasters such as the Scottish Schools scandal where over 70 schools were found to have defects.

And in January this year Construction News reported that 22 construction firms, worth a total of £1.2bn, had collapsed into administration in 2019.

The speakers at the Construction Leadership Summit next week are facing not just these challenging circumstances, but the twin spectre of the COVID-19 crisis and the recession that it may bring in the coming years.

In this context we definitely need leadership.

The Construction Leadership Summit which takes place in the mornings of Tuesday 13 and Wednesday 14 October, certainly has its fair share of leaders. On day 1 Nadhim Zahawi, the current Construction Minister, will set out the government perspective, and Dame Judith Hackitt will share the latest efforts to change us via the Building Safety Bill and the new regulatory and competency requirements. 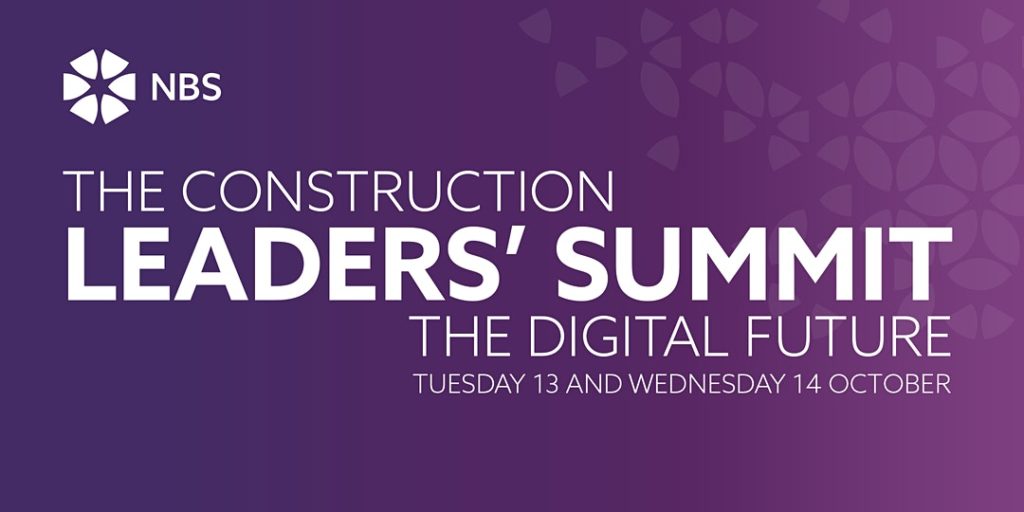 Speakers from McKinsey and BDO will talk about the future for construction post-COVID. What will they have to say to an industry that has been urged to change so much?

I’m of the view that changing something as complex as the construction industry is going to be largely behavioural and only in some part driven by legislation and technology.

What is on offer for Manufacturers?

Far from being the poor relation to what are often seen as hugely powerful major contractors and consultants, I think the manufacturing sector is in a great place to innovate. That’s why I’ll be joining the manufacturing sessions on Day 2 of the Construction Leadership Summit.

I’m not talking about the sexy brands of offsite construction, DfMA or Platform technologies in particular, as these will only deal with a fraction of our existing estate. I’m not talking about huge manufacturers either, who will move where they are driven by larger forces.

My main interest is the smaller manufacturers and their specialist installer partnerships. These are the grist to the mill of construction, the organisations that are small enough to be nimble and already collaborating and innovating to keep afloat.

During Day 2 in a section specifically for construction product manufacturers which we will be live tweeting on #CLS2020, Peter Capelhorn and Adam Turk from the Construction Products Association will talk about product safety, competencies and marketing ethics from a manufacturer point of view.

It will be interesting to see what leadership they show in the context of the coming years of hardship and challenge, and what carrots they can offer to the Directors on the coal face, currently looking for signposts to the way ahead.

Join in and ask your questions

I’ll be tweeting from my construction account @UKConstruction, and I’ll be in the chatrooms, Q&A sessions and networking spaces of the event looking for signs of inspiration, reaction and innovation.

What questions will you ask?

Sign up to join the event for free here.

<SPEAKER ANNOUNCEMENT>
We’re delighted to announce that Alex MacLaren, @HWU_archi Associate Professor in Architecture at Heriot-Watt University, will be joining us at the #ApolloProtocol Circularity Hack in London on 9th February.
🧵

The #ApolloProtocol Team have released an article about their third hack event and how the Apollo Forum community has explored the theme of #circularity, or the #circulareconomy .