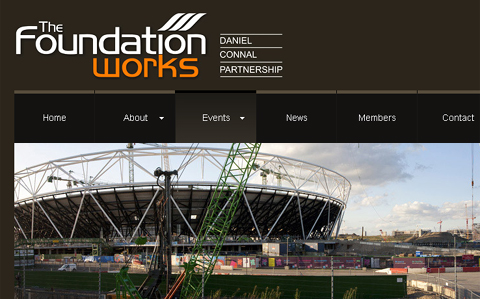 Yesterday I was at the Norwich Property and Construction networking event, The Foundation Works, as a guest of the organisers, Daniel Connal Partnership Surveyors in Norwich. This was the second event that DCP have organised and I can see why they are having so much success. For me the key to the value of the event was relaxed, friendly and unrushed networking, plus a top rate speaker.

The speaker last night was Thomas (Viscount) Coke of the Holkham Estate. His presentation began with the history of the estate, but then delved into how Holkham has embraced the processes of diversification and become a viable business (or indeed, a series of businesses). Lord Coke’s honest and open approach to explaining what his entire staff and he himself had learned from their mistakes was refreshing, and left me feeling how much this man could teach us all about running a viable business.

A key point for me was when Lord Coke described how when he had been steeped in running several of the businesses so closely that he was ‘even cleaning the toilets’, he realised he needed to remove himself from the estate so his new management team could take proper control. He and his family went abroad for eight months (though he confessed later to popping back for board meetings!).

By having the confidence in his choice of management team that he could leave the business in their hands he achieved several things:

Surely the fourth is the most important for us all, but it was only possible by doing the difficult task of letting go. By taking a step back, if only to look at your business from afar, can really empower your people to step up and take charge. You may be surprised who does.