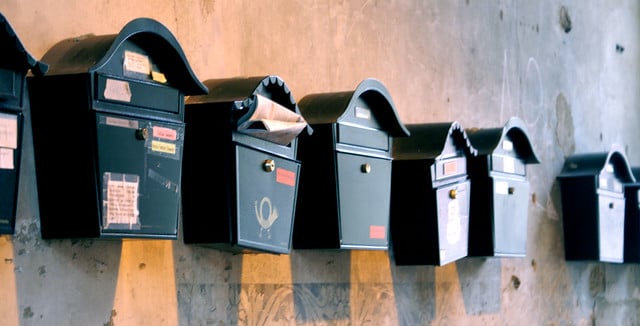 Conversations are difficult things. When you start thinking about them, you realise that you’re never going to be party to all of the conversations you need to. Sooner or later someone leaves you out of the loop, you don’t quite hear, you forget to tell someone something.

Digital conversations are just the same, only the tools that we use to talk to each other online can make it easier, or more difficult, to make sure people can see what they need to and want to see.

I’ve been thinking about this issue recently when having and watching conversations with people on Twitter. And I’ve noticed that Twitter has developed a similar issue to email in how it makes conversations visible.

One of the major issues with using email for conversations with people is that no one can be sure they have seen the whole thread. The thread can be broken or divided by not copying people in, for example, or by leaving them out at some point. You may have noticed that this can be inadvertent, or even passive/aggressive. But either way, its very easy to not notice who is or is not in an email thread, particularly when you get a larger group of people.

[NB if you’re interested, I wrote about the issues with email on a post back in 2015 for The B1M here.]

Now Twitter is largely a public network, whereas we treat email like a private one, and to a greater extent it is. With Twitter, anyone in the world with a twitter account (and even people who haven’t) can see your tweets. However, how easy it is for them to see them depends on Twitter, and on you.

Focus turns to High Pressure Laminate. Still there is no coordinated plan to resolve the underlying issues. https://t.co/HOd3e2SVua

If you tweet in a direct reply to someone, Twitter usually shows that reply in the home stream of people who followed both you and the person you replied too. Of course you can click on one of the tweets and see the conversation open up – but often people don’t. For this reason, a reply to a tweet is less visible than the original tweet.<

This has led to people adopting a workaround to try and share their replies with more people. They do this by instead of replying to a tweet, they Retweet it, with their reply as a comment – like this:

Retweeting with a comment is attractive as a way of replying is popular because it also broadcasts your reply to your followers; this is why it has become popular amongst politicians and journalists.

However, breaking the thread has a big downside for openness, because people seeing your original tweet can’t be sure they can see all the replies to it. In fact, it is very difficult for them to find the retweet/comment replies.

So if you want to be open with your replies, if you want more people to be able to participate in a conversation, and perhaps, if it is more about the conversation than about your opinion of it, please consider using a traditional Reply rather than the Retweet with comment. You can always retweet your reply too, which makes it easier for your followers to join the original conversation, and everyone benefits from better openness.