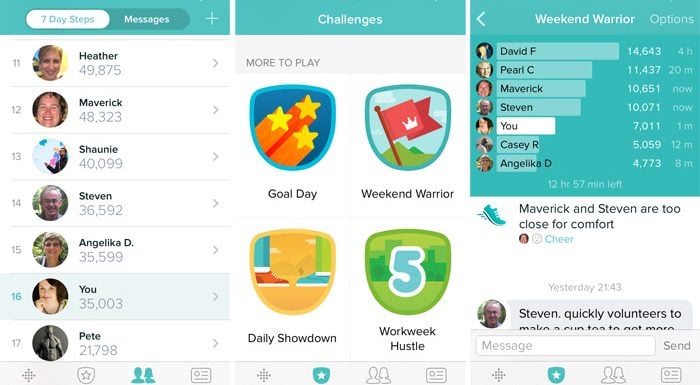 This blog post tells a story about how complex concept like the Internet of Things can make a lot more sense, and be a lot more successful, if we think about them in the context of real lives and apply a social element to them.

What is the Internet of Things? 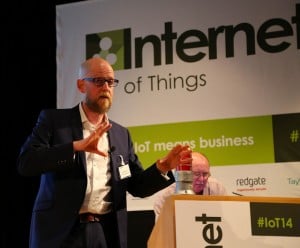 The Internet of Things (or IoT) is the idea of connecting together real things over the internet, in order for data about them to be collected, interpreted and shared.

The IoT has become possible through the convergence of three technologies.

These three things come together into ideas like Radio Frequency Identification or RFID, where tiny ‘intelligent bar code’ devices you can implant in anything, and use electromagnetic fields to transfer data. RFID enables objects to be tracked, for example products through a warehouse, pet ‘microchips’, or remote, low cost sensors collecting data and broadcasting it to a back to a base station or moving scanner.

Sounds a bit techy doesn’t it? Here’s an example of how it applies to real life in a very practical way.

FitBit is the brand name for a set of wireless enabled activity tracking devices. Here’s mine – its called a FitBit Flex and cost me about £80. It is an IoT device, though most people who use it don’t know what the IoT is.

In basic terms, the FitBit tracks my movements and shares this with a special App I have on my iPhone. It compares the movement data with data about my height, weight, stride length and communicates this information to me primarily in the measurements of daily steps walked against a target I set.

My target is 8000 steps a day, around 4 miles. My FitBit has a simple 5-light display which reports how far I am progressing, and when I reach my target it rewards me with a buzzing lightshow and the app gives me a congratulatory pat on the back. I get an email every week with information about how I’m doing, and I’m awarded with ‘badges’ when I reach certain milestones. 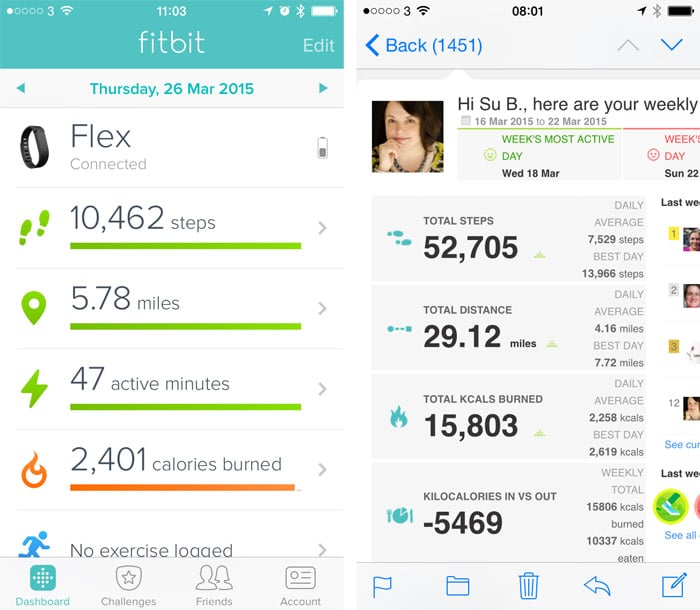 All very simple – in fact people have been using step counters and heart rate monitors for years, what’s new? The thing that I believe has made FitBit so successful as a business, and so successful for me, is the way it uses Social Media.

How does Social Media Contribute?

FitBit is a hugely successful company – you may remember that a FitBit or other ‘fitness band’ was the product of choice last Christmas, in fact I bought one for my sister. The reason I think it has taken off is the way in which the company has integrated social media into its operations.

When you set up your FitBit you are on your own, but not for long. FitBit invites you to connect to Facebook, which around half the UK population uses to talk to friends and family. It then tells you which of your friends are using FitBit, and you can connect with them, sharing the data you want to, such as your step target and progress, for example. 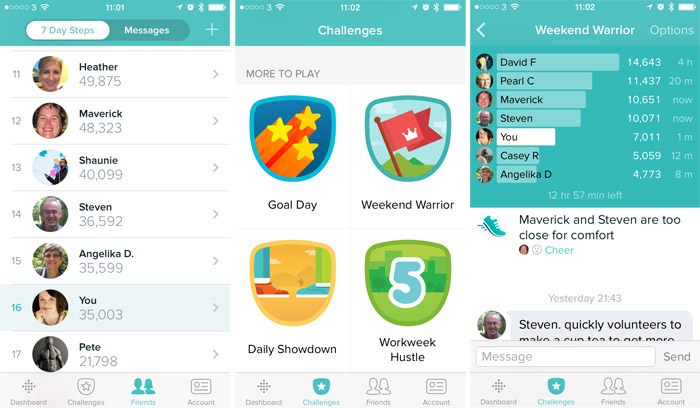 By connecting to Facebook, FitBit then plugs in to your existing community of support with a new tool, one which is based on encouraging you to walk or run further. It does this through

We love talking to our friends, we are already aren’t we? And we love playing games, encouraging or competing with each other. The magic here is that these techniques have been applied to a laudable end –the aim of improving fitness, breaking our sedentary lifestyle, reducing obesity, and not for the elite, already committed athlete type, but for someone who might just enjoy going for a walk if there was something else for them to focus on beyond the fear of doing it. Fitbit has succeeded by making being fit fun and easy.

So what are the results for me? Here’s a picture of me on the left receiving an award in 2012 (picture by Paul Wilkinson), and one of me speaking at Ecobuild this March. I’ve lost around 2 stone, but more particularly I’m a lot fitter and healthier. 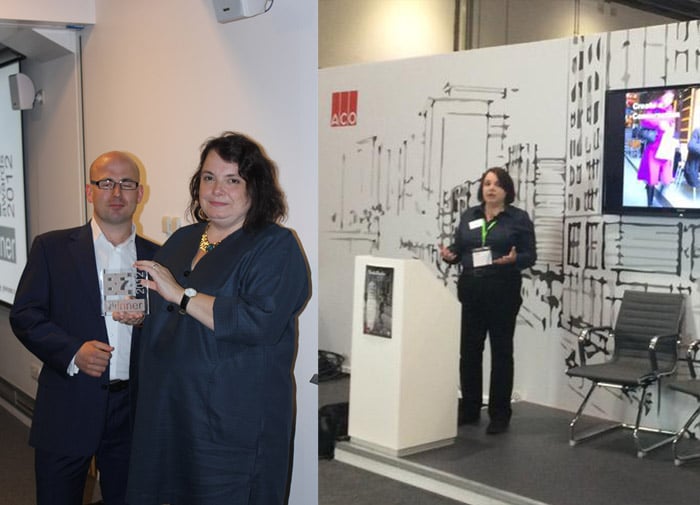 FitBit isn’t the only thing to which I can attribute this change – I’ve also been using other apps to measure what I eat, and if you follow me on Twitter, you may know I use music and photography too (Sorry Adrian).

However, FitBit has definitely made a huge difference. I now really enjoy walking in a way I didn’t before. I’m walking up to six miles a day when I’m out and about, and usually at least three when I’m spending a day in the office. And it’s fun!

How can we learn apply Social Media and the Internet of Things in the Built Environment?

So why am I writing about this here? Because I think that if we can get over the idea that social media is about sharing cat videos and pictures of people being drunk, and instead realise it is a behavioural characteristic we can tap into, perhaps we can use it for other useful purposes.

Could we use the idea of FitBit to help people save energy in their homes?

Could we use it to make our public spaces, or our work places, more pleasant and efficient?

Could we use it to design and build better buildings?

I certainly think its worth a try.

Photo of me in 2012: Paul Wilkinson (creative commons)

Need a "no-nonsense construction lawyer" to help your T&C make sense? I was delighted to help @SuButcher who said this about my book on writing your own simple and effective consultant appointments #LoveYourContract