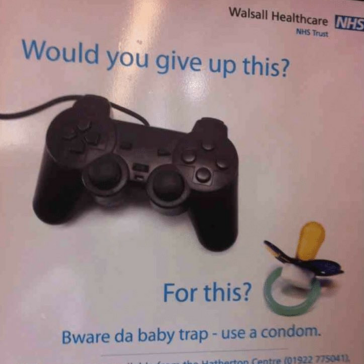 Brilliant commentary on stereotypes and in particular their use in construction. “There are campaigns that promote the industry to women by saying ‘it’s not all dirty and messy’ or ‘it’s not just hard hats and bricks’. So what the communication is actually doing is not appealing to women in the same way as the men. Instead, it’s catering the aspects of the industry that we think appeal to a woman’s sensibilities (e.g. the stereotype that women don’t want to get their hands dirty) rather than telling them that it’s ok to want to get a manual job and we’re here to welcome them. It’s because of these campaigns that I think it’s no wonder that we’re still struggling to see women on site!”

On Twitter this week I saw (shared by @CF_Farrow) posters by Walsall Healthcare NHS Trust to promote emergency contraception from their sexual health clinic. I appreciate it’s not the jazziest of topics to communicate but this was their attempt: 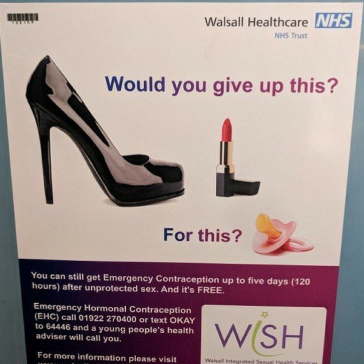